First of all, if you only just came here, you might want to check out the first and second parts of this article for more information.

And next, without any further ado:

Some Things to Ponder about Characters:

1) Is the character going the ‘right way’? Was this the part you assigned him/her when you created him/her? If yes, continue. If not, decide which part is better and go along with the part.

2) Is there any contradictory information about a particular character? Example: mentioned that he was short in stature, and then later on he became ‘tall.’ I’ve made this mistake myself many times before: it’s highly annoying to correct it. But well, that’s writing. You just have to make mistakes to learn.

3) Has the character a major or minor part? If a major one, then does he/she deserve such a big role? If not, make it minor and delete some of the major parts. On the other hand, if you feel that you did a character wrong by giving him minor scenes when he deserves majors, then likewise change it!

4) And the most important of all, does this character deserve to have a role in your story? Only you can answer that question. (Or, if I’m writing the story, only I can decide. 🙂 ) If yes, have him there by all means. If not… kick him/her out but don’t edit or delete their parts at this stage (you might have a different feeling later that he/she deserves the part after all). You’ve no time to be generous!

When you’ve resolved these, the Plot comes in. And that too is an important part. I wish I could get the whole thing done here, but I’m tired of typing. Some other day.

I hope this part was informative to you. Please comment if you have any suggestions. 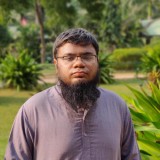 Receive all articles straight to your email inbox.